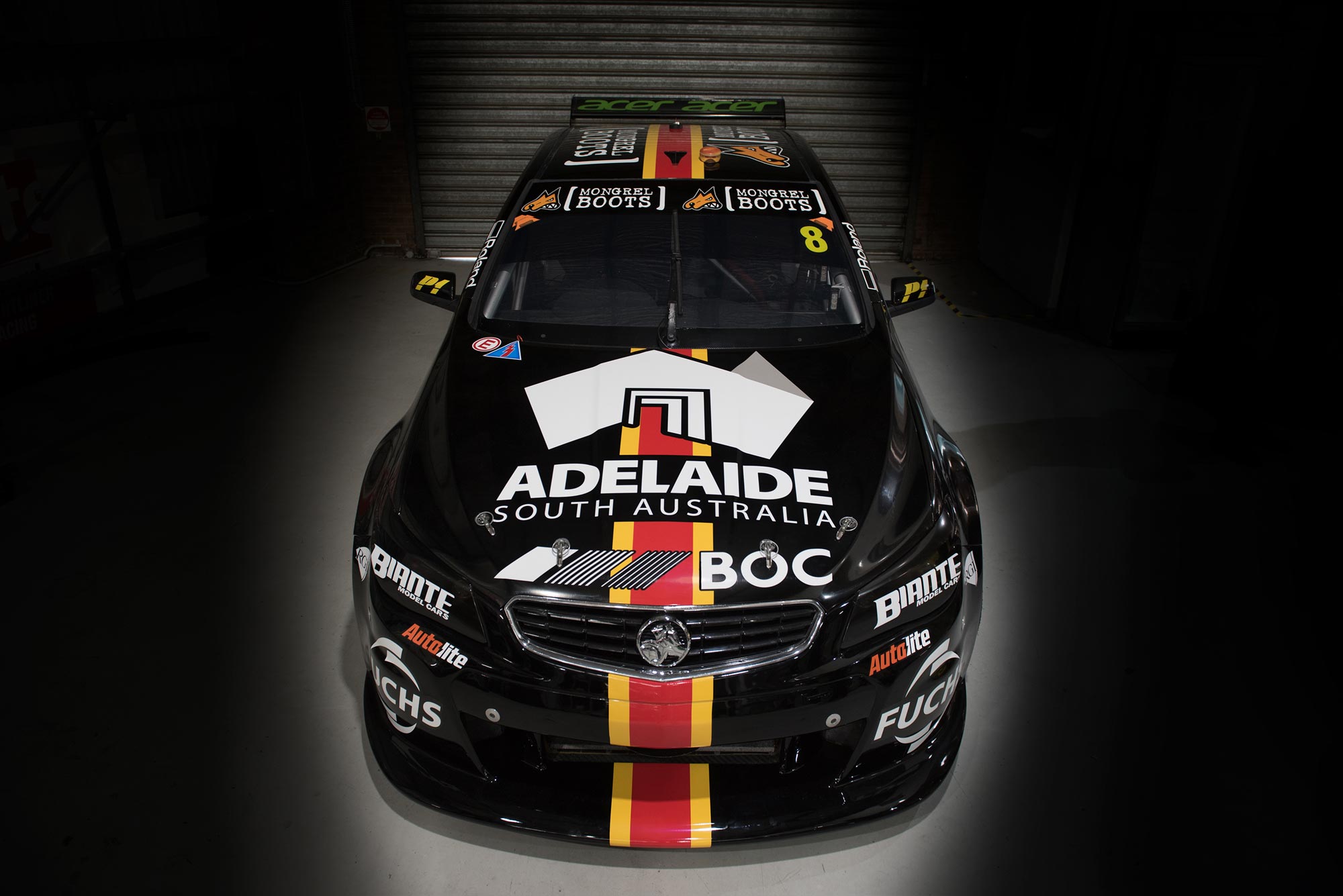 Brothers Brad and Kim Jones are thrilled to reveal their 3-car Norm Beechey Tribute ahead of the Sandown 500 ‘Retro Round’. Supercars Hall of Famer Norm Beechey contested in the Australian Touring Car Championship from 1963 to 1972, which consisted of 31 ATCC rounds and 26 races. Of those he won 7 races and the championship twice.

All 3 of the BJR Supercars uniquely honor one of the greats in Australian motorsport – ‘Stormin Norman’ as he is still known to his legion of fans.

Norm’s first Touring Car Championship was won in 1965 at Sandown, when the championship was decided by a single race rather than a series. This was behind the wheel of a Ford Mustang. This blue and white livery is showcased on the #4 (21) Team CoolDrive Commodore. 4 represents Beechey’s racing number.

His second Championship win came in 1970, driving the famous yellow HT GTS 350 Monaro, which was the first ever Holden (and Australian built car) to win the championship. To this day, Norm recognizes the work that went into that season, and the win, as one of his greatest motor racing achievements. This livery is brought to life on the #75 Freightliner Racing Commodore. The number 75 is to highlight Freightliners’ 75 years in the Truck and Transport industry, and importantly their continuous innovation over those years.

Finally, the 3rd livery is revealed on the #8 Mongrel Boots Racing entry of Nick Percat. With the opportunity arising to be a part of this iconic event and livery tribute, Mongrel Boots were eager to get involved. The tough black and red/yellow stripe design that was on Beechey’s 1967 Chevy Nova is represented here.

Kim Jones “We wanted to do something really special for the retro round, so Brad and I were reminiscing about our time growing up and some of our motorsport heroes; which Norm was most definitely one. Norm had this unique driving style, with plenty of sideways flair and a determined attitude. He was just brilliant to watch.”

Brad Jones “There’s a photo of me as a youngster sitting on the guard of the Chevy Nova with Norm and Peter Manton. I believe all motorsport fans have a fond memory like that, and that’s certainly one of mine. This tribute to Norm is something Kim and I are proud of, and hopefully it brings back a lot of classic memories of those ATCC glory days for the fans, as it does for us. Norm and his wife Marg were friends of our parents, as were many competitors from the 70’s so it makes the tribute a very personal one for us.”

Norm Beechey “I think the Supercars ‘Retro Round’ is a great throwback to the early days of touring car racing in Australia. I’m honored that the Jones Brothers are representing some of my liveries and they have done a great job bringing them to life on the modern-day Supercar. It will be a real thrill to see them on track, and hopefully on the podium at the end of the 500.”

Keep up to date with everything Mongrel